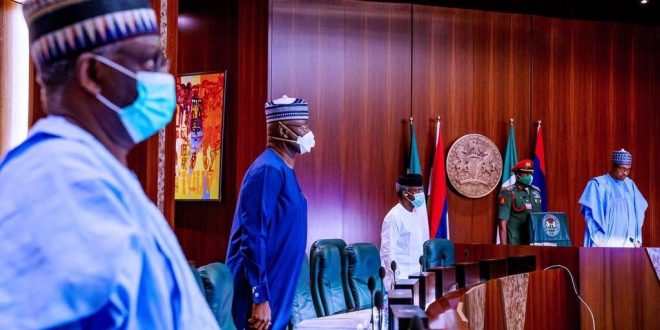 Following his appointment, Professor Gambari has arrived at the Presidential Villa for the FEC meeting which is presided by President Muhammadu Buhari and has Vice President Yemi Osinbajo in attendance.

Other ministers at the meeting include, Ministers of information and Culture, Transport, Solid minerals, Power, Agriculture, and Budget and National planning are physically in the meeting while the remaining cabinet members will join the meeting virtually.

The United States of America’s Federal Bureau of Investigations (FBI), has declared six Nigerians most wanted.They were declared wanted for…