Honey A Better Cough Remedy Than Over The Counter Medicines

Used for centuries. now, new research claims honey maybe a better treatment for cough and colds than over-the-counter medicines.
A team of researchers at the University of Oxford in the United Kingdom set out to see if honey was effective for the symptomatic relief of upper respiratory tract infections (URTIs), which has been used for years.
The researchers aimed to determine honey’s effectiveness for URTIs since the over-prescription of antibiotics aggravates the problem of antimicrobial resistance. Further, honey is a well-known home remedy for cough and colds and has an emerging evidence base for its use. The research is published in the current issue of the journal BMJ Evidence-Based Medicine.
Antibiotic resistance
Upper respiratory tract infections (URTIs) are the most common reason for an antibiotic prescription. Since most of URTIs are viral, an antibiotic prescription is ineffective and inappropriate. Antibiotic resistance is an emerging health threat today.
The World Health Organization (WHO) says that antibiotic resistance is one of the biggest threats to global health, food security, and development today. The incidence of the misuse of antibiotics is increasing, and a growing number of infections are becoming hard to treat, including tuberculosis, pneumonia, and gonorrhea, to name a few.
“Antibiotic overuse is a key driver of antimicrobial resistance, rated by the UK government as one of the top 10 risks facing Britain. Furthermore, drug-resistant infections are associated with worse patient outcomes than antibiotic susceptible infections, underlining the impact of antimicrobial resistance on individual patients,” the researchers noted in the paper.
Honey is one of the most appreciated and valued natural products since ancient times, and it is not only used as a nutritional product, but also in traditional medicine. For years, it has been used in treating clinical conditions ranging from wound healing, eye diseases, and bronchial asthma, to throat infections, and fatigue, among others.
Honey has antimicrobial properties, which can kill pathogens that cause infection, including bacteria and viruses. Apart from this, honey has antioxidant, anti-inflammatory, and anti-cancer properties.
Further, the healing property of honey is tied to its antibacterial property, its ability to maintain a moist wound condition, and its high viscosity, providing a protective barrier to prevent infection. Honey has antimicrobial property, which is due to the enzymatic production of hydrogen peroxide. It also has a low pH level and high sugar content with high osmolarity that is enough to block the growth of pathogens.
The study findings
To arrive at the findings of the study, the research team analyzed existing evidence to determine how the symptoms of URTIs responded to honey. The team performed a systematic review and meta-analysis by using Pubmed, Embase, Web of Science, Cab abstracts, AMED, and LILCAS, among other sources.
The team has identified more than 1,300 unique records and 14 studies. Nine of the studies involved children, and most of the studies compared its use with more conventional treatments like over-the-counter medicines.
The researchers found that compared with usual care, honey improved the symptoms of URTI, including cough, nasal congestion, sneezing, and sore throat.
“Honey was superior to usual care for the improvement of symptoms of upper respiratory tract infections,” the team wrote in the paper.
“It provides a widely available and cheap alternative to antibiotics. Honey could help efforts to slow the spread of antimicrobial resistance, but further high quality, placebo-controlled trials are needed,” they added.
Honey might, therefore, provide an alternative in treating URTIs, the researchers said. However, they warned that not all honey is made the same way and that it is a complex substance.

September 27, (THEWILL) – One person has been confirmed dead while 16 others were rescued on Monday evening when a… 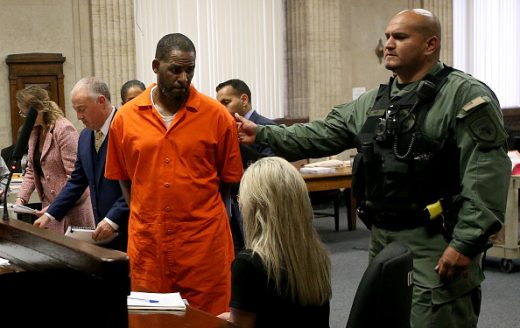 CHICAGO, IL - SEPTEMBER 17: Singer R. Kelly turns to leave after appearing at a hearing at the Leighton Criminal… 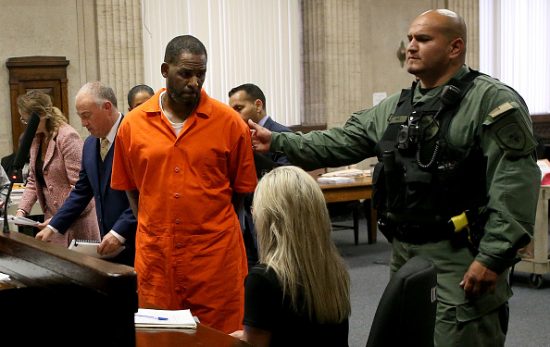