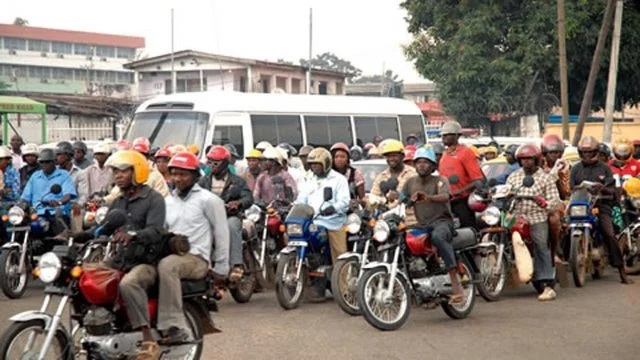 The Lagos State Commissioner of Police, Abiodun Alabi has arrested about 35 motorcyclists as he begins the enforcement of Okada ban in the state.

According to Alabi, the police has also seized 195 motorcycles in a matter of days.

Addressing journalists at the command headquarters in the Ikeja area of the state on Friday, Alabi said the command had commenced preparations to tackle motorcyclists who may want to migrate to other areas of the state to continue their trade.

He noted that the ban was in phases, adding that strategic measures were being developed to subdue any challenge that could arise from the implementation of the ban.

Speaking on the clash along the Lagos Badagry Expressway on Thursday, Alabi said, “During the operation, they (motorcyclists) were accosted when they became violent and mobilised their other colleagues to attack our police officers.

“When we got this information, we had to mobilise our tactical and operational commanders to reinforce our policemen on the ground and they (motorcyclists) were subdued. In the course of doing that, we arrested 35 suspects and impounded 195 motorcycles. Normalcy was restored immediately.”

Reacting to questions on the after-effect of the ban and its implication on other areas in the state, Alabi said efforts were ongoing to tackle any attendant consequences induced by the ban.

He said, “On the ban of the state government that will take effect from June 1 and as to people (motorcyclists) migrating from that side to other areas, all the area commanders and DPOs were there when the government met with us. All of us are aware of the backlash that could happen because of this ban but we are prepared for it.

“Any security challenges that could arise because of this ban in the local government areas, we are ready to contend with it. We have told them to put in place strategic measures on how to confront this holistically. We are envisaging that some people (motorcyclists) will migrate from those areas but this ban is in phases, and we are prepared for that and will confront the challenge if it arises.“