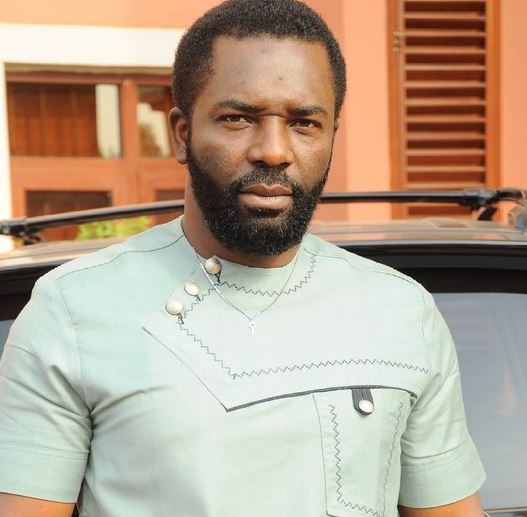 According to the Twitter user, men do not owe their wives fidelity because they bought her.

He referred to women as pets, stating that they should not demand allegiance from their owners.

”As a High value man you owe no woman fidelity, not even your wife. SHe made the most of her prime, so it’s only fair you enjoy your prime years too. Moreover you married/bought her, she didn’t marry you. A pet cannot be demanding loyalty and allegiance from it’s owner.”

Emeka saw the tweet and found it distasteful. Responding, he wrote;

”I might not have a name for whatever is wrong with you but I am certain that it is highly complicated. Urgent medical attention is advised.” 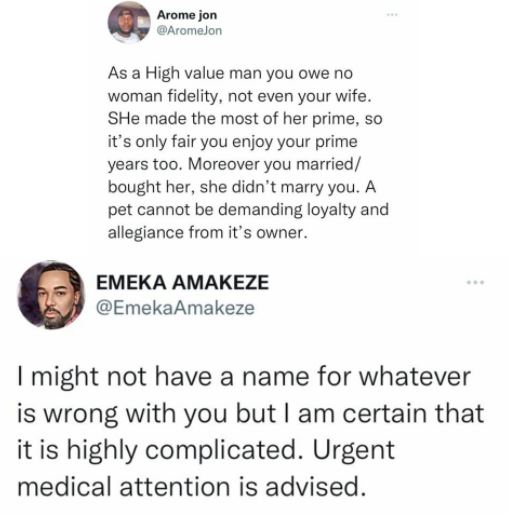